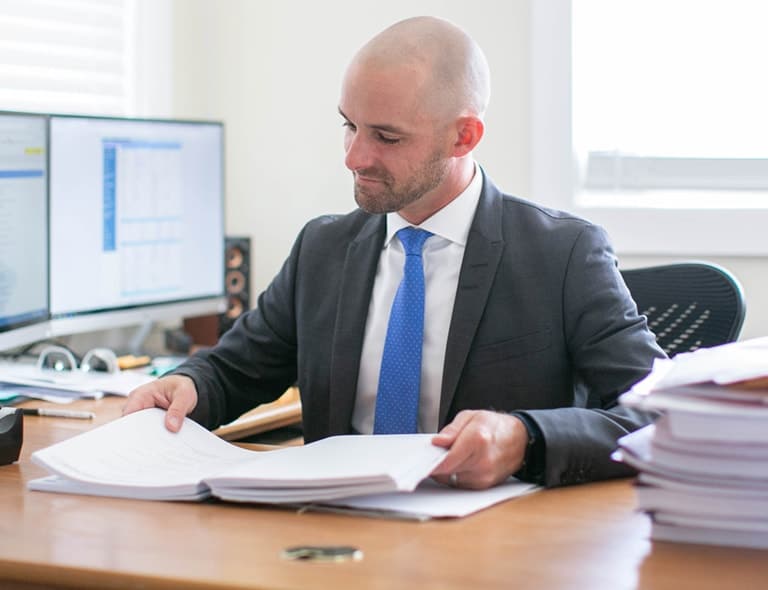 William Wright is an experienced trial attorney admitted to practice in New Jersey, New York, Pennsylvania, multiple Federal courts, and the United States Supreme Court.  Mr. Wright spent most of his youth on Long Beach Island and graduated from Southern Regional High School, before completing his undergraduate studies at The Richard Stockton College of New Jersey.  Mr. Wright graduated from Stockton with a Bachelor’s degree in Applied Physics with a minor in Mathematics, then attended law school at Rutgers, The State University of New Jersey in Camden.  After graduating from Rutgers, Mr. Wright served as a law clerk to the Honorable Thomas E. O’Brien, Presiding Judge of the Civil Division of the Superior Court of New Jersey in Ocean County.  Mr. Wright is also an active member of the Ocean County Bar association.

Mr. Wright completed his term as a law clerk and began private practice with one of the oldest and most prestigious law firms in Ocean County.  While with the firm, Mr. Wright handled many different matters in nearly every area of law.  After years of hard work and experience, Mr. Wright left the law firm to found The Wright Law Firm, which has a particular focus on personal injury and workers’ compensation.

Mr. Wright has been featured on WBNJ 91.9 FM where he discussed the statutes and regulations that govern the relationship between homeowners and home improvement contractors.  You can listen to the interview here.

Over the course of his career, Mr. Wright has gained enough experience handling personal injury jury trials that he has been certified by the Supreme Court as a Civil Trial attorney.  This means that Mr. Wright has demonstrated extensive experience, education, and skill as a trial lawyer, as well as an unblemished reputation.  It also means that many of our clients are referred to us by other attorneys who know and respect our reputation.

Mr. Wright is also history-making, having conducted the very first all-virtual jury trial held in Ocean County, New Jersey.  He has also taught seminars about jury trial skills to other lawyers across the state.

In addition, Mr. Wright is a member of the Board of Governors of the New Jersey Association for Justice (NJAJ), the leading trial lawyers’ organization in the State who, according to their website, are dedicated to protecting New Jersey’s families by working to preserve and strengthen the laws for safer products and workplaces, a cleaner environment and quality health care.” During his leadership of NJAJ, the organization has invited Mr. Wright to represent them in important cases in the Appellate Division of the Superior Court and the New Jersey Supreme Court.

In fact, Mr. Wright has appeared before New Jersey’s supreme court in seven (7) different cases during his career, helping shape the law in New Jersey.

Aside from the practice of law, Mr. Wright contributes significant time and effort for the benefit of his local community.  Specifically, Mr. Wright has served as a member of the Board of Trustees of multiple local nonprofits and regularly supports local events and charities.

In addition to his devotion to the community and the practice of law, Mr. Wright is an experienced surfer, fisherman, and hunter, who also enjoys running, camping, motorcycle riding, and bicycling.  Mr. Wright has completed multiple marathon races and regularly finishes in the top 2% in nearly every running race in which he competes.  He also raced bicycles competitively throughout the Mid-Atlantic region.