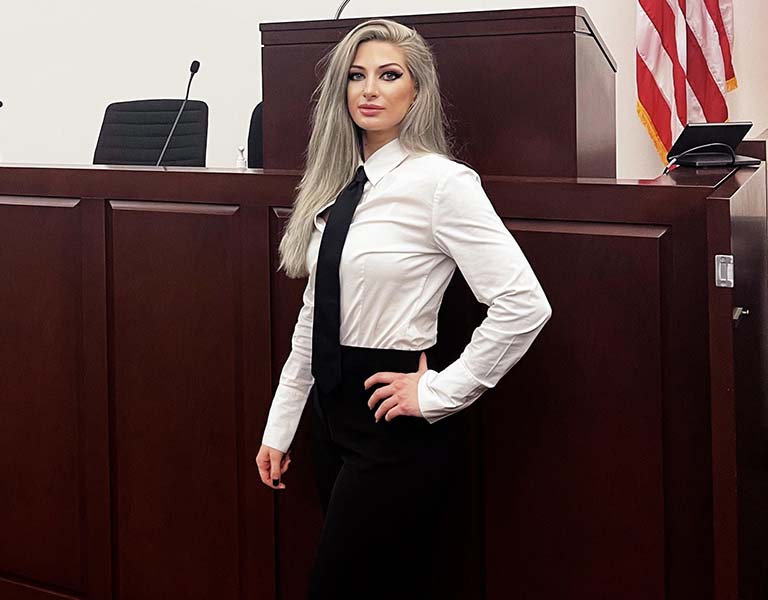 Angelica (Sasha) Berghoff is an attorney admitted to practice in the State of New Jersey. After graduating from Wallenpaupack High School in Hawley, Pennsylvania, Ms. Berghoff attended Lackawanna College and Penn State-Scranton with a major in Business Management and Marketing.

After Penn State Ms. Berghoff worked as an appeals specialist for Maximus Federal Services and decided to attend Thomas M. Cooley Law School in Lansing, Michigan. While at Cooley, Ms. Berghoff worked as a law clerk for Sheldon L. Kay and Associates located in Farmington Hills, Michigan. Mr. Kay, also known as “The Rock and Roll Lawyer”, has a notable reputation for serving as Aretha Franklin’s attorney. Music would bring Ms. Berghoff and Mr. Kay together while working on cases that involved family, criminal, contract, and entertainment law.

Aside from the practice of law, Ms. Berghoff is an accomplished musician and short film composer with music published on various streaming services and is listed on IMDB. When not involved with music, Ms. Berghoff is an avid bodybuilder and is also a published model/actress. Ms. Berghoff has done modeling to benefit various charities including the Wounded Warriors Project and a Women’s Resource Center located in Scranton, Pennsylvania. Ms. Berghoff also likes to dedicate her time volunteering at local animal shelters.