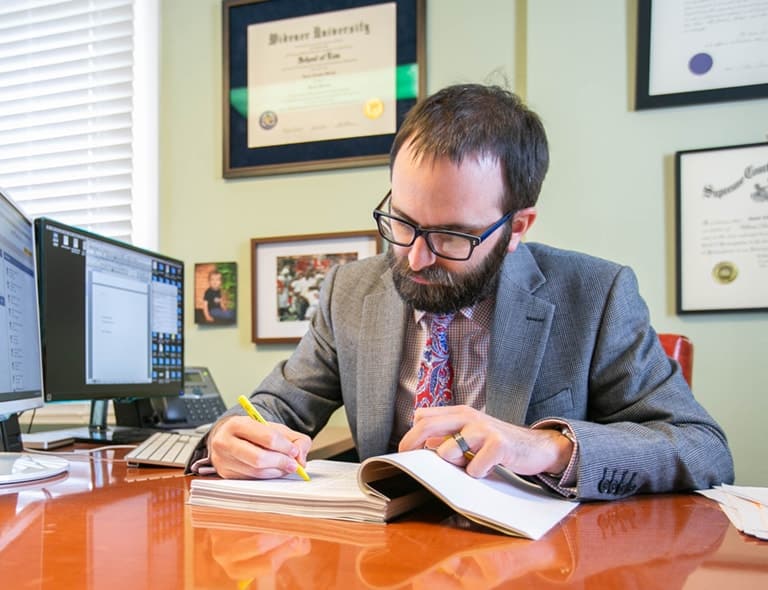 David Wright is a dedicated attorney admitted to practice in the State of New Jersey and the Commonwealth of Pennsylvania. After graduating from Southern Regional High School, Mr. Wright attended Rutgers, The State University of New Jersey, where he majored in Journalism and Media Studies with a minor in English. Throughout his time at Rutgers University, Mr. Wright wrote numerous articles for various publications both in print and online, including for The Daily Targum, the official newspaper of Rutgers University.

Upon graduating from Rutgers and after a brief stint as a reporter for The Sandpaper, a local newspaper on Long Beach Island, Mr. Wright attended Widener University School of Law in Harrisburg Pennsylvania. During this time Mr. Wright held several internship positions within the New Jersey Judiciary and a private law firm in Pennsylvania, as well as with the Pennsylvania Department of State. Mr. Wright was also a member of the Moot Court Honor Society.

In 2015, Mr. Wright opened his own firm in Tuckerton, David T. Wright, Attorney at Law, LLC. During his time as a solo practitioner, Mr. Wright represented clients large and small while focusing on protecting consumers from unscrupulous merchants throughout the state of New Jersey. Mr. Wright has faced down companies that span the globe in successfully defending the rights of consumers and Hurricane Sandy victims in New Jersey. In 2017, Mr. Wright joined the Wright Law Firm and now focuses on personal injury and workers’ compensation claims.

When Mr. Wright is not practicing law, he is an avid sports fan. He can be found most nights and weekends rooting for the Flyers, Phillies, Eagles, or Rutgers. In addition, Mr. Wright has previously served as a trustee for the West Creek Cemetery Association as well as a board member of the Salvation Army – Ocean County Citadel.